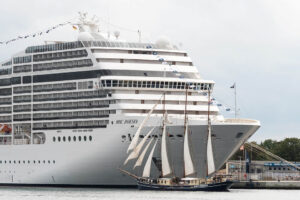 With Sino-American trade tensions escalating, China’s cybersecurity standards could be used as an “invisible tool” for retaliating against Washington’s tariffs, according to one expert. Such standards are government-issued operational guidelines that are technically voluntary, but are oftentimes treated as mandatory by foreign firms’ Chinese business partners. If Asia’s largest economy were to weaponize the listing […]

Shares in Europe open slightly higher Wednesday as concerns over the Turkish currency crisis continue to affect investors’ appetite. However, trading flows were also sluggish as a number of European bourses are closed due to a public holiday, including Italy, Greece and Austria. The pan-European Stoxx 600 was up by 0.18 percent with most sectors […]

As much of the world experiences a record-breaking heat wave, this Spotlight turns its attention to vitamin D, the so-called sunshine vitamin. Here, we inspect the latest research. Tropical sun The “sunshine vitamin” has a range of surprising benefits. Vitamin D is a hot topic currently, with a raft of studies proclaiming its benefits for […]

No comments to show.

How to Photograph Rivers and Streams